(Note: This post contains affiliate links and I will be compensated–without any extra cost to you– when you make a purchase through these links. You can read our Disclaimer here.)

About a week ago I attended a production of “The Seussical”. The musical revolved around the story “Horton Hears a Who“ but contained several songs and instances from several other Dr. Seuss books. After a really long week, I found the musical very uplifting and encouraging! So, today I’d like to share with you a few lessons that I learned from the musical.

Perseverance was one of the repeating themes throughout the musical. Horton sticks by the Whos even though the entire Jungle of Nool thinks that he’s lost his mind. When the clover flower that the Whos inhabited suddenly goes missing Horton is determined to find it.

Then his bird-friend Maisy finds herself sitting on a nest and begs Horton to sit on the egg for an afternoon so that she can get a break. It turns out that she had other plans in mind. Although Horton is worried about the Whos he keeps his promise to Maisy sitting on her egg for over a year despite various storms, surrounded by hunters, and sold to the circus. He knew what he needed to do and he was going to do it no matter the sacrifices he had to make.

This reminded me of how God tells us to preserve through the difficulties we face. We’re told in Romans 5:3-5 that perseverance ultimately produces hope. James 1:2-4 tells us to rejoice when we have to persevere because through it we will become mature and complete in our faith not lacking anything. 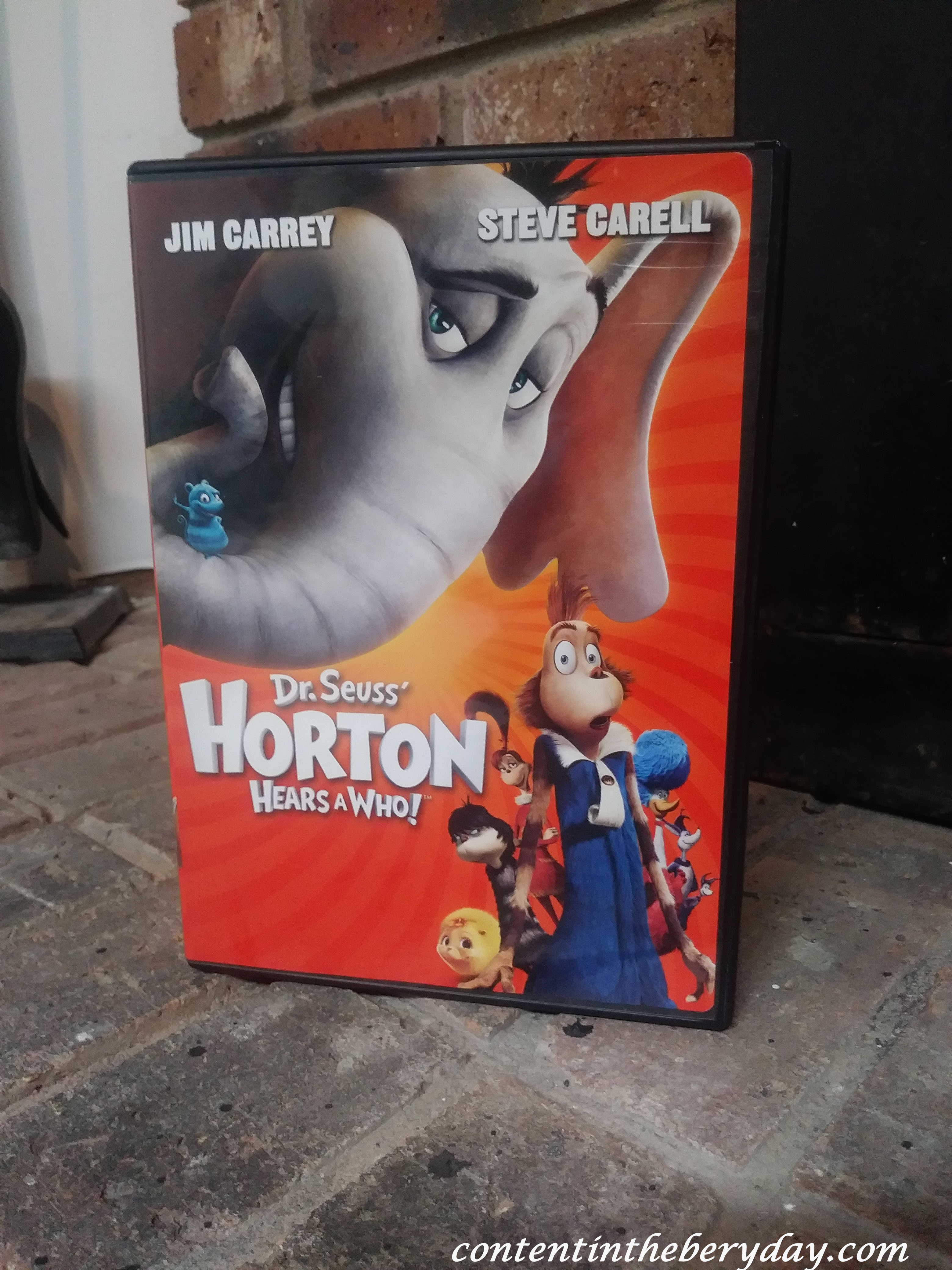 Horton makes friends with a young Who named Jojo. They both think outside of the box and because of that those nearest to them are skeptical. Horton and Jojo form a friendship based on the comfort and understanding that there’s someone else in the universe that understands them just as they are.

I took an immense amount of encouragement in these scenes and songs because Jojo couldn’t SEE Horton, but she could hear him and communicate with Him. Since Horton carried the flower around He was always one shout away. And Horton was this big, giant elephant, while Jojo is this microscopic Who.

I was reminded of my relationship with God. He’s very big and powerful but He cares and understands us just like we are. We can’t see Him yet but we know that He’s there. He communicates with us in ways that are as unique as we are. We truly aren’t ever alone in this big universe. We have God with and within us.

3) All Things are possible

Another lesson that greatly encouraged me was the reminder that all things are possible. Sure, the idea may be “out there” and seem impossible but we have God on our side and if God’s with us, what can be against us (Romans 8:31)? I think something that we tend to forget is that NOTHING IS IMPOSSIBLE WITH GOD. Sure it’s going to be hard and you’re probably going to want to give up a time or two (or 6) but please don’t.

Know that God is with you (Matthew 1:23). And with Him working on your behalf, even your wildest dreams become a possibility (Ephesians 3:20). Be patient and let Him finish His work in you (Philippians 1:6). He won’t give up on you, don’t give up on Him (Joshua 1:5).

I do recommend checking out the soundtrack— the songs are really catchy and some of them I found VERY encouraging.


What are some of your favorite lessons from Dr. Seuss? I’d love for you to share them in the comments below!