(Note: This post contains affiliate links and I will be compensated–without any extra cost to you– when you make a purchase through these links. You can read our Disclaimer here).

A while ago I was asked if there was anything that I felt jipped of being homeschooled. At the time I said “No. In the moment there were some things I felt like I’d missed out on but after being away from it I’m kinda thankful that I missed it.”

And I really did feel that way…until a few weeks ago when my sister got a text message.

Her “little homeschool friend”, we’ll call her Lily, texted and invited Billie Jo to Prom. Y’all Prom, homecoming and social dances were the ONE thing that I was really looking forward to. And the ONLY thing that I wished I had the opportunity to do or choose NOT to do.

When I answered the question about feeling jipped I thought about Prom but chose to leave that out because I figured none of us would go. Bradley’s almost graduated and showed no interest in it and JoJo’s a Junior and I thought that nothing would come of it–she’d just skip it like I did. In full disclosure we knew there was a homeschool Prom when I was in school but we didn’t have any connections, it always seemed to fall around my Dad’s Birthday, and none of my public schooled friends were old enough to go. So, I skipped it and tried to avoid Social Media lest I fall into a massive funk…I was never very good at doing this…especially around Prom.

In all honesty, I was extremely jealous and angry that SHE got invited and NOT me.

The girl who hates dresses and being fancy! As I was telling Mom about this she reminded me of a very important truth. Jo Jo and I have VERY different personalities. I’m more uptight and high strung and she’s very laid back and chill–always has been. Because of that Jo Jo and I look at something like Prom differently.

I look at it as more of a romantic event. Getting all dolled up, wearing a long fancy dress, the photos, corsage, and the slow dances. Something very similar to the unrealistic expectations set forth in “Highschool Musical 3: Senior Year”. As a result of these very unrealistic expectations I probably wouldn’t have enjoyed it even if I did go. I’d either be angry at how everyone acted or that other people looked like they had a better time than I did. Or I’d end up crying my eyes out because the actual event wasn’t anything like “Highschool Musical 3” and no one even asked me to dance. Jo Jo on the other hand looks at Prom as a fun event to do with her friend. 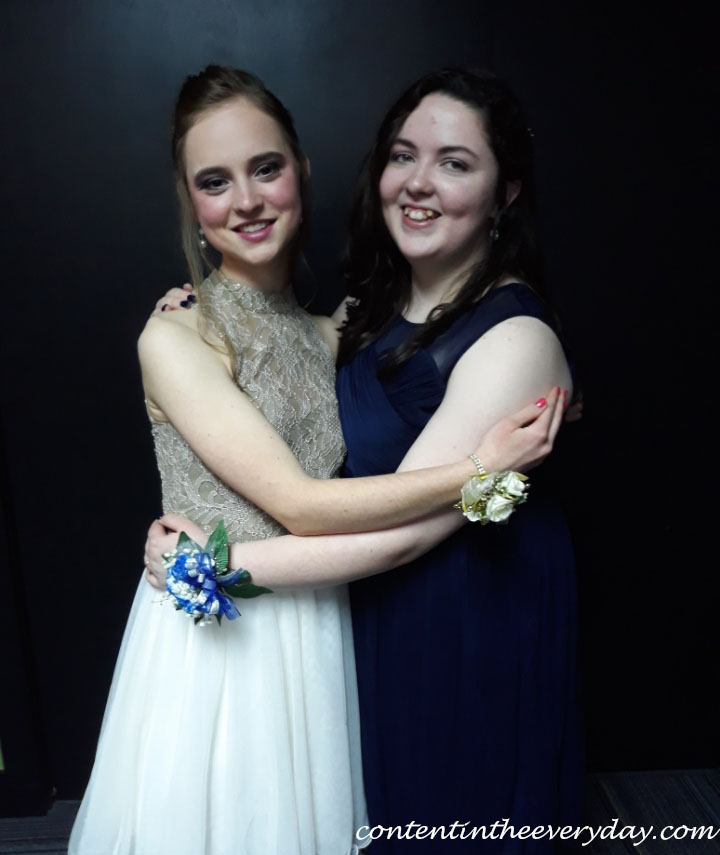 And God KNOWS that!

As Christians  we’ve been given the great privilege of prayer. We can talk to God like we’re talking to a close friend. We can tell Him what’s on our minds, share our joys and sorrows, and ask Him for things we need or want. Sometimes God says yes and grants our requests. Other times He asks us to wait. And sometimes even when we don’t understand why God says no.

When God says no it can be a hard pill to swallow. We may wonder why He answered no to this thing we wanted so badly. We may be angry and hurt; even jealous of those who seem to get that thing we wanted SO easily.  BUT we must remember to TRUST God. Especially now.

Just because God said no doesn’t mean that He’s mad at us or cast us out. God said no simply because He loves us. The same way you’d tell a young child no when they try to touch a hot stove. God understands that we’re all different. He knows what would be best for us. What’s best for me isn’t necessarily best for you–and that’s okay!

When God says no we need to trust that He knows what He’s doing.

That He’s not saying no out of spite or just because He’s God and He can. But rather, He’s saying no because it’s in our best interest. Or sometimes He says no not only for our benefit but to help someone else in ways that we may not be able to see.We need to trust that He has a plan for us and that that plan will look different from everyone else’s simply because we’re all uniquely created.  Hearing the word no is never easy and we often don’t understand it but God does and that’s all we need to know. He’ll take our pain, frustration, and broken dreams and turn them into something beautiful as only He can.